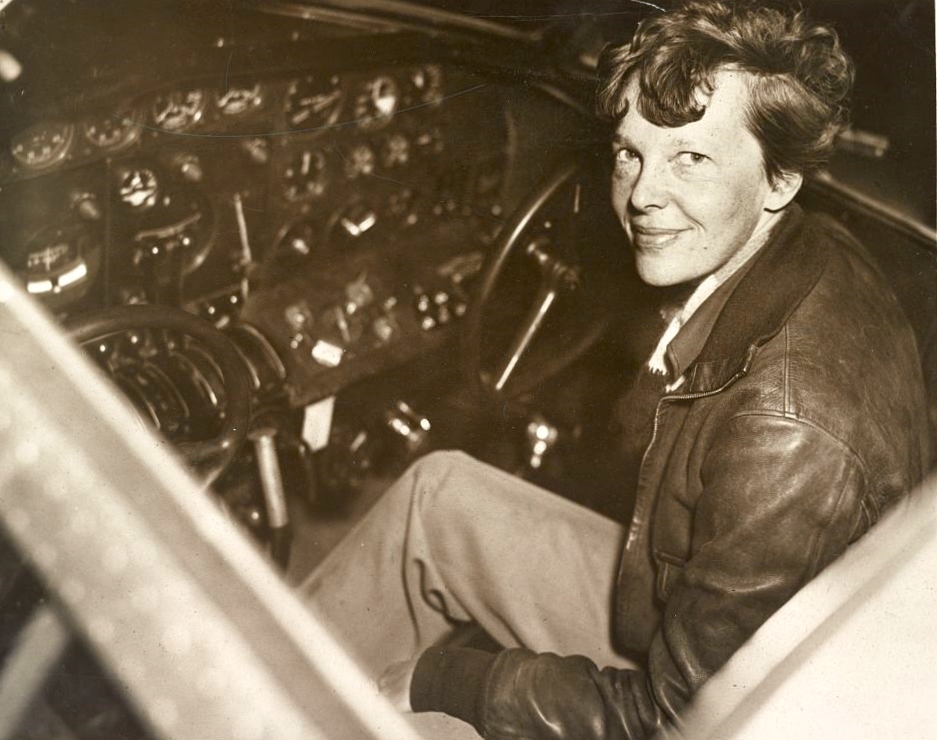 Amelia Earhart sent calls for help days after her plane disappeared, and several people around the world heard them. Experts say this is the best evidence yet that Earhart and navigator Fred Noonan died as castaways on an uninhabited island.

Amelia Earhart’s last calls for help were heard by several people around the globe, an analysis of distress calls made following her disappearance reveals.

The newest findings strengthen the theory that Earhart and her navigator Fred Noonan died stranded on a small, uninhabited island in the Pacific Ocean.

It runs counter to the statement made by the US Navy that the two died when Earhart’s Lockheed Electra fell into the ocean and sank to the bottom of the sea.

More than 80 years after Earhart set out on the summer of 1937 to become the first woman to circumnavigate the globe, researchers analyzing a collection of radio distress signals found that the pilot was sending haunting pleas for help for five days after her plane disappeared from radars.

In a paper published by researchers at The International Group for Historic Aircraft Recovery,  experts say they found 57 credible radio signals out of 120 gathered from government and private radio operators.

The signals carried several messages believed to have been made by Earhart and, at times, Noonan. Ric Gillespie, director of TIGHAR, says Earhart may have been injured but Noonan was worse off.

The messages provide resounding proof for TIGHAR’s theory that Earhart was stranded on Gardner Island, now Nikumaroro, a then-uninhabited island 2,600 miles off the coast of New Zealand.

They also paint a chilling picture of Earhart’s last days marooned on an island, venturing out into the land for shelter during the day and going back into the plane when the tide was low to send distress calls.

Messages heard around the world

When Earhart’s Electra disappeared on July 2, 1937, naval authorities requested the public to listen to 3105 and 6210 kilohertz, the frequencies she was using on the plane.

However, there was a problem. Earhart’s radio could only send messages to within a few hundred miles. Those who were on her frequency only heard a carrier wave but no message.

So how were military personnel and casual listeners at home able to pick up the messages she sent? Gillespie explains that the pilot’s transmitter sent out high harmonic frequencies. These wavelengths bounce off the Earth’s ionosphere and can travel over great distances.

The downside, however, is that there is no guarantee that they can send clear messages. Those  who heard Earhart’s distress calls just so happened to turn on the radio at the right time.

What really happened To Amelia Earhart?

The analysis creates the most detailed chronology of events that happened after Earhart’s plane crashed.

On July 2, just hours after the crash, professional operators heading the search heard a voice they thought was Earhart’s. When they asked her to respond with three dashes to confirm her identity, the response was picked up by three stations, one of which heard the word “Earhart.”

On the second call made on the night of the same day, a housewife from Amarillo, Texas heard that they were “down on an uncharted island — small, uninhabited.” She also heard that Noonan was injured and needed medical help right away.

Another woman from Ashland, Kentucky also heard that they were “down in ocean” and “on or near a little island” on the same night. She also heard mentions of a storm, blowing winds, and that the plane was running out of gas. “Will have to get out of here. We can’t stay here long,” was what she heard.

On July 3, operators heard a male voice, suggesting that Noonan was rational. The next day, a boy from Wyoming heard that the plane was on a reef. A station on Howland Island in the Pacific heard a woman’s voice saying “tell husband all right,” also on July 4.

On July 5, a US Navy station in Hawaii received the Morse Code “281 North Howland Call KHAQQ Beyond North Don’t Hold With Us Much Longer Above Water Shut Off.”

On the same day, a girl from St. Petersburg, Florida heard Earhart and Noonan calling for help. Noonan had clearly become irrational, as he was heard yelling and complaining about his head. Earhart was heard saying that the plane was starting to slip off the reef.

Earhart mentioned her coordinates, but the listener later lost them. The pilot also said that Noonan was badly hurt and they could not hold on much longer. Almost all of the messages were traced to Gardner Island.

By 6 o’clock the following morning, the water had infiltrated the cabin, the researchers believe. On July 9, US Navy planes scoured the area above Gardner Island but found no sign of a plane crash. Gillespie says the plane sank to the seabed sometime between July 7 and July 9.

In 1940, skeletons were unearthed on Gardner Island, providing perhaps the most solid piece of evidence that Earhart died a castaway. Richard Jantz, an expert in skeletal biology at the University of Tennessee, analyzed one of the skeletons and believes it is Earhart’s.

← Your Brain is Mostly Empty Space 13 Pieces of Wisdom You Can Find in Young Adult Novels →
Nicole Arce uses cookies to improve your experience. We'll assume you're ok with this, but you can opt out if you wish. Cookie PolicyOK
Privacy & Cookies