Your Brain is Mostly Empty Space 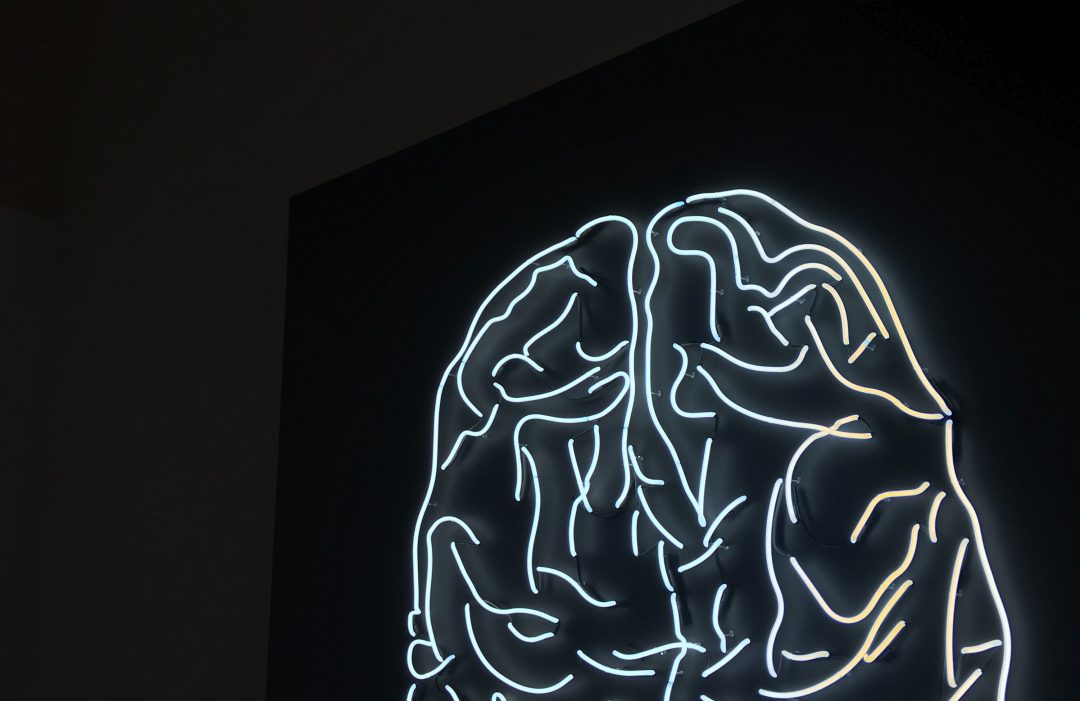 Let’s get one teeny, tiny thing out of the way.

You’re not human. Not at all. And no matter what self-degrading life lessons you’ve picked up along the way, you’re so much more than who you think you are.

You’re literally not human at all.

How’s that for crazy, huh? Crazy or not, science actually agrees. Let’s take a look at a few scientific facts.

All the empty space inside

That chair you’re sitting on? It’s empty space. The phone you’re reading this on? Empty as empty could be. The roof over your head, the paper bills inside your wallet, the brain inside your head that you’re so proud of? All empty space, baby.

Our teachers in grade school taught us that the atom looked a lot like the solar system. You have the nucleus in the middle that acts like the sun. And you have the electrons rotating in perfect orbit just like the planets.

But what our physics teachers didn’t tell us—probably because they didn’t know it too at the time—is that electrons aren’t actually perfectly shaped little balls moving around the nucleus. They’re actually mostly just kind of… well, a blur. Or more specifically, a dancing blur. Think of electrons as swarms of bees. They don’t have a solid wall you can ram your way through, but you can still see the general shape and direction they take.

The nucleus, on the other hand, may be the center of the atom, but it doesn’t take up as much space as we think it does. If you took one atom and stretched it out to the size of a football field, the nucleus would be the size of a peanut with not-so-solid swarms of bees dancing around. And if you took all of the atoms that make up all of the nearly 8 billion humans on Earth right now, all the solid matter can be compressed into a single sugar cube.

So why can’t you pass through walls?

If you truly were not a solid bag of flesh and bones interspersed with thought and emotion, why does the chair under your butt feel solid?

That’s the Pauli exclusion principle at work. No two electrons can occupy the same state in the same configuration at the same time. You need a lot of energy to push the electrons in your butt to the place where the electrons in the chair exist. And you’ll feel that as the resistance coming from the chair as you push your butt into it.

That’s why everything in the world, including yourself, feels solid under your fingers. It’s a system-wide illusion that gives a feeling of physicalness, of “just humanness”, and of separateness from everything else. You’re not actually sitting on that chair. You’re only ever so slightly hovering above it.

But if you’re mostly empty space, then does that mean you’re actually mostly nothing at all?

Well, you’re not actually mostly empty space. What most people think of as empty space, i.e. the void, is actually brimming with energy. Real, live, raw energy that can generate unlimited power to provide fuel for the world and send spaceships to the ends of the universe.

You see, within the seemingly empty spaces in your cells and in outer space are billions and bajillions of mysterious particles snapping in and out of existence. Nobody knows where they come from and where they go back to. We just know they’re always there, popping in and out from out of nowhere everywhere. This constant appearance and disappearance of these particles generate a vast, practically infinite source of energy that, in the words of journalist Lynne McTaggart, is like an “all-pervasive, supercharged backdrop” in our lives.

Just to give you a more concrete idea, one square meter filled with this energy can boil all of the world’s oceans. And if physicists somehow found a way to extract this energy and take clean, green, and self-renewing energy from out of thin air, they’d be able to build spaceships that can be powered with unlimited fuel so we can go to all the corners of the cosmos.

Physicists have known this energy for a while now. They call it zero point energy, which is basically the lowest possible energy of everything. It’s heavily documented in scientific circles but discussed only by those with the most radical minds. The rest just keep politely dismissing it by keeping it out of their mathematical equations because if they didn’t, it would turn everything they thought they knew about the universe upside down.

The zero point field, for example, would account for the stability of all matter. It’s something that’s had physicists scratching their heads for a long time. Why are atoms stable when they’re carrying charged particles that are supposed to make them unstable? Turns out, if you put zero point energy into the equation, atoms are tapping into the zero point field to keep themselves together. In other words, it’s the zero point field that’s keeping everything together.

It also seems to be the missing link that’s been keeping us from understanding gravity. We’ve always been taught that gravity is a mysterious force. Nobody knows how it works or where it comes from. But if you put zero point energy into the equation, you’d understand that gravity is simply a by-product of the zero point field.

It’s not all educated stabs in the dark. It’s actually already been proven mathematically by an electrical engineer named Hal Puthoff, who, by the way, also led CIA-funded research on the psychic phenomenon of remote viewing.

That’s cool and all, but what’s it gotta do with you?

Well, not much, actually, if you decide not to do anything about it. You can go on insisting that you’re only “just human” and so should be given slack for not shining your light brighter. Or you can take everything you’ve learned and treat it like a normal, everyday thing. Because it is.

All these years you’ve been walking around assuming you’re just a body with a brain inhabited by some sort of personality that’s probably gonna disintegrate once the body goes back to the earth. You’re not.

You’re nothing, and within that nothingness is all the things that were and will be.

You’re nothing and everything at the same time.

You’re not separate from the rest of the universe. We’re all just one big pulsing blob of energy that contains the imprint for everything that was and will be.

Science may just have found the key to unlocking God Itself. And even if it hasn’t, then it would still be nothing short of mind-blowing to know that you’re not as small and insignificant as you think you are.

← The Hardest Question You’ll Ever Have to Ask Yourself Amelia Earhart’s last calls for help heard over radio distress signals →
Nicole Arce uses cookies to improve your experience. We'll assume you're ok with this, but you can opt out if you wish. Cookie PolicyOK
Privacy & Cookies