The Most Powerful Way to Motivate Yourself 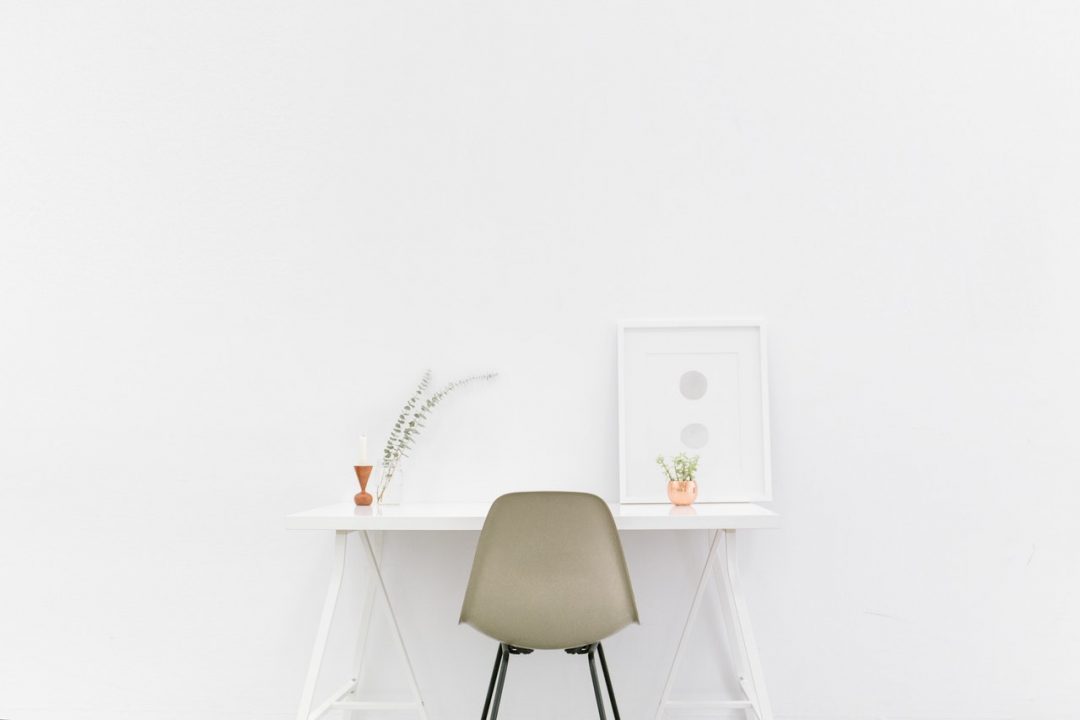 So, you think you’re just not as disciplined enough as other people? Research shows you might not need to be disciplined to work out after all. This is what you really need to do.

Funnily enough, Instagram has become the go-to corner of the Web for people looking for a little motivation to exercise. Unless you’re living under a rock, you know what we’re talking about – those filtered post-workout selfies of people guzzling down their protein shakes or pictures of ultra-flexible women twisting themselves into the Destroyer of the Universe.

And then of course, there’s the endless barrage of motivation articles that tell you to announce your workout goals to your Facebook friends, find a workout buddy to keep you accountable, sign up for a competition, or any of the numerous tips and tricks that will always fall on deaf ears if you’re not truly motivated. Sure, these techniques help, but only when you’re doing the most effective way to truly motivate yourself.

When it comes to self-motivation, most self-help coaches say there are two ways. One is by using extrinsic motivations, such as fitting back into your old jeans, being able to wear a bikini without feeling self-conscious, or winning a competition.

Then there’s intrinsic motivation, where the willingness to do what you say you want to do comes from within. There are no external rewards here. You’re motivated just because. You exercise because you like the calm, feel-good emotions that course through your body after a really good workout. You eat healthy because you like to nourish your body with nutritious, whole foods.

This is the kind of motivation that lasts a lifetime.

Unfortunately, most people think motivating yourself has got to do with pushing yourself. You’ve most probably heard reality TV trainers bark at the hapless contestants to “Push yourself!” “Work hard so you can play hard!” “You should be dying right now!”

Tired of hearing all that drivel yet? Well, I am.

Pushing yourself to pick up a pair of 50-pound. dumbbells when you’ve never lifted anything beyond 2 pounds or choosing a tasteless boiled chicken breast fillet over a cheesy bacon burrito is not an effective way to stay fit and healthy throughout the rest of your life.

Being compassionate to yourself is.

How to Stay Motivated for Life

Self-compassion is not a thing that’s best left to self-improvement books. It is a real-world, practical trait that we can use to succeed in everything we do. There are three components of self-compassion. It means being kind to yourself (as you would be kind to a friend), being mindful of your emotions, and sharing a common humanity with other people.

When you’re compassionate to yourself, you’re better able to create habits and make them stay. And that’s not something I’m making up to make you believe in what I say. Scientific studies actually show that self-compassionate people are more successful at developing healthy habits such as exercising and eating healthy.

Habits, unlike pushing yourself every day to do more, be more, and want more, are the most powerful way to make sure you’re always on track. They provide the intrinsic motivation that you need to always be working towards your goals. Once a habit is deeply ingrained into your daily life, you’ll no longer need to drag yourself to the gym or struggle when you pass by your favorite junk food joint.

Be Kind to Yourself by Believing You Can

Your thoughts are just thoughts, but if you allow them to gain power over you, they become self-fulfilling prophecies that won’t do anything but refuel that vicious circle of Poor Me-isms running through your mind.

They are realistic, yes. Someone who has never exercised in his life won’t be able to lift that heavy right now. But even though he’s limited to 5-pound weights now, the self-compassionate person knows he has the ability to become better over time. That’s the difference.

People who are kind to themselves know it’s counter-productive to push themselves and go for the 50-pound weight if they can only really manage 5 pounds. They know the key to success is to start small and build on every small victory over time until it snowballs into one huge, astounding success.

The ugly thoughts running through your head – the ones that say people at the gym will laugh at you or that you’re a failure because you can’t do a pushup on your toes – those are caused by negative beliefs that you have picked up somewhere else.

Most likely, those beliefs were formed when you were young, and then reinforced through somewhat similar experiences from that time on until now. Those beliefs are not true.

Chances are nobody is even looking at you. Most people are way too focused on their thoughts and their feelings to even bother to think about what others (that’s you) think. It’s these shared fears with the rest of the human race that make us realize that, hey, it’s not just you after all.

So that’s what you do when these negative beliefs start pushing the panic button in your head. Look for evidence to the contrary, and they’ll be there sitting in front of your face all along. You just didn’t recognize them because you were too busy drowning in your own negativity.

People who are compassionate to themselves set goals they know they can achieve. When you set a goal to lose a certain number of pounds this week, you’re going after an outcome that there is no foolproof way you can achieve.

On the other hand, if you set a process goal, one where you aim to do a specific action every single day or week or month, you set yourself up for success by choosing a goal that is completely under your control.

Let’s take a look at an example. Let’s say you want to lose 2 pounds this week. So you work out, you eat plenty of proteins, and by the end of the week, you step on the scale to see you actually gained 2 pounds! Gasp! How is that even possible? Well, there are a lot of reasons this can happen. If you’re a woman, your weight could be fluctuating with your period cycle. Or you could have actually gained 2 pounds of muscle (which isn’t very bad at all!).

But you don’t know that, so you beat yourself up and obsess about why you didn’t meet your goal and what you could have done better, even if you’re actually doing well all along. It’s here that a lot of people lose their motivation and give up. Who wants to work so hard when you’re not actually meeting your goals, right?

But let’s say you decide to set process goals instead. Instead of aiming to lose 2 pounds this week, you aim for working out five times a week. That’s a pretty SMART goal to me. It’s specific, measurable, achievable, results-oriented, and timely. And at the end of the week, you’re not being haunted by thoughts of goals going un-met.

You can easily pat yourself on the back and congratulate yourself for having met your goals. And the best part is, you’re one more step closer to that outcome you want to achieve, without being hung up on it.

Sure, you can post your goals on Facebook and pay a friend to slap you in the face if you don’t exercise today. But hear this. It is NOT someone else’s job to make sure you are doing the things you need to do. Your life is yours alone, and only you can decide for yourself what you want to do.

Research shows people who have self-compassion for themselves are more likely to take full responsibility for their actions (and inaction) and have greater personal initiative, as opposed to blaming others for their misfortunes in life. (Feeling ugly? Blame the media. Feeling unwanted? Blame society.)

When you take full responsibility for yourself, you acknowledge that you actually have the power to change your life. Instead of holding someone else responsible for keeping you motivated (or the other way around), you take things into your own hands and finally admit that nobody can make you feel one way or another. It’s you who decides how you want to feel and what to do about it.

To be fully accountable to yourself, you need to stop fooling around and tell yourself what it is you really want. Are you working out because you want a six-pack that will make your ex go crazy when she sees you? Are you going vegan because you hate your parents for shoving hotdogs down your throat when you were a kid?

If these are your whys, then you’re not going to get to where you want just by exercising or eating healthy alone. (And your ex won’t mind anyway. She’d have moved on with a guy who has solid self-esteem, six-pack or no six-pack.)

Being 100% honest with yourself forces you to look at the situation straight in the eyes and revamp your plan according to what you really need. It helps you focus on what is happening right now, instead of what shoulda, coulda, woulda beens.

Staying in the present and being mindful of what you feel is at the heart of being compassionate to yourself. If you feel bad because you couldn’t resist that piece of chocolate cake at last night’s dinner party, tell yourself it’s okay to feel bad about it.

Don’t beat yourself up over it. There’s no use, really. You can’t bring back time or un-eat the cake. You ate it, you feel bad, and that’s totally fine. You’re just going to do better next time by being more aware of your why. You wouldn’t berate a friend for having veered from her fitness goals for a day, so why would you berate yourself?

When you are kind to yourself as you are kind to a friend, you let go of judgment. You let go of self-criticism. Most of all, you let go of making assumptions about your worth based on a single slip-up that you can easily amend the next day. And so you stop associating exercising and eating well and whatever you want to achieve with being hard on yourself.

Once you realize that, wanting to stay healthy and being healthy becomes as natural as breathing itself.

← The Fascinating History of Fashion 201 High-Protein Snacks Anyone Can Make →
Nicole Arce uses cookies to improve your experience. We'll assume you're ok with this, but you can opt out if you wish. Cookie PolicyOK
Privacy & Cookies