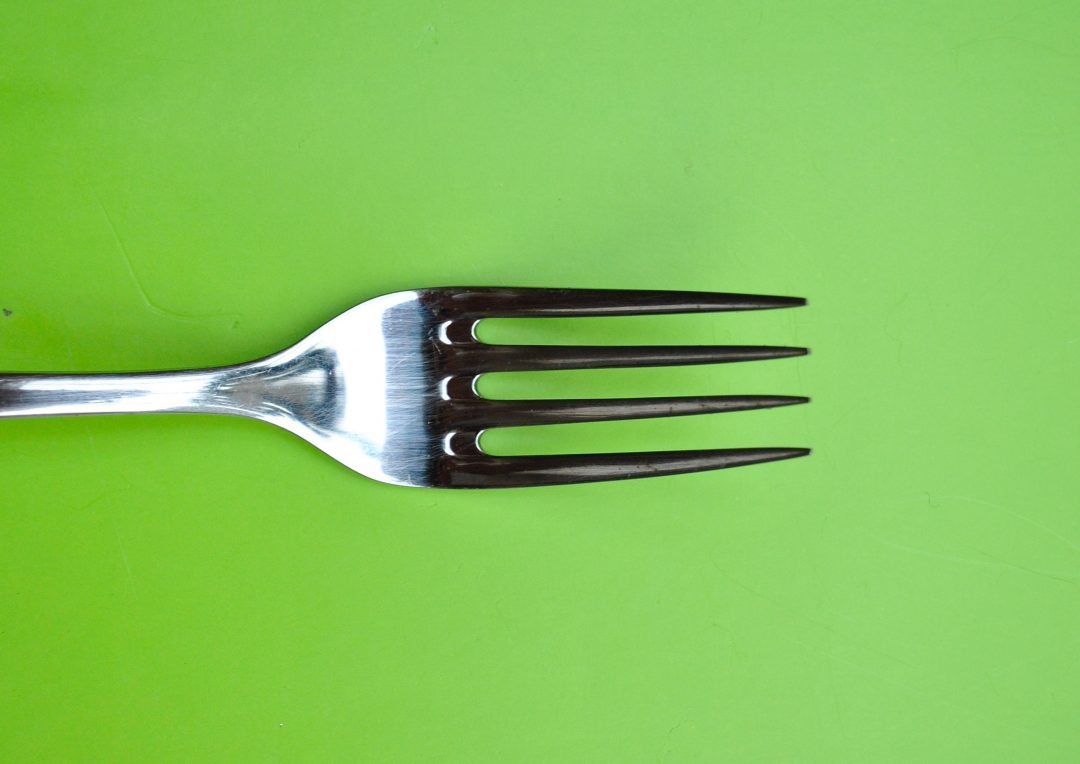 Scientists have known the key to losing weight (and building muscle) quickly for a long time now, but the USDA wants to keep it hush-hush. We tell you everything in this article.

The FDA recommends that you eat 0.36 grams of protein for each pound of your body weight. On a 2,000-calorie diet, this translates to an average of 60 grams of daily protein intake for the average American man and 50 grams for the American woman.

If you’re hoping to just get by on a so-so life, by all means, follow what the FDA says.

But if you’re all about living a healthy, happy, and vibrant life, the FDA’s recommendation is not going to get you there – not even anywhere close.

It’s not about becoming skinny fat, which is what a lot of skinny people are. You’re skinny fat when you know you look nice in clothes but would sooner die than take them off and show off your flabby arms and rotund tummy. That’s not the kind of weight loss we want to happen.

We’re talking about building strong, powerful muscles while burning off the extra rolls of fat you have clinging to your body.

And the best way to do that is to eat more protein than what the USDA tells you to.

Put simply, weight loss is about moving more and eating less. In reality, it isn’t as simplistic as that, but there’s a grain of truth to it.

When you eat less, you reduce the amount of calories you take in. Unfortunately, the average American diet is filled to the brim with food that make you want to eat more. Every day, people eat donuts for breakfast, pasta drenched in creams for lunch, and French fries for dinner. Throw in some deep-friend Oreos as a midnight snack for good measure too.

But even when you’re eating everything king-sized, why do you still feel hungry all the time? That’s your body’s way of telling you it’s time to eat healthy food – something that can give it the proper nutrients so it can function properly.

When you eat protein, you feed your body properly. It stops making you feel hungry all the time. Research shows protein directly affects your brain chemicals which make you feel hungry or full.

It decreases your levels of ghrelin, the ultimate hunger hormone, and its aides peptide YY and cholecystokinin. At the same time, protein makes you more sensitive to leptin, ghrelin’s main arch-rival, otherwise known as the satiety hormone. Leptin makes you feel fuller faster and for a longer period of time, thus preventing you from overeating and snacking in between meals.

In other words, protein packs a one-two punch by driving down your levels of hunger hormones and increasing leptin sensitivity. This leads to an automatic calorie reduction for people who eat a high-protein diet.

Calorie-counting is a great way to keep track of what you’re eating, but it’s no fun at all. However, you might not need to count your calories anymore if you eat a lot of protein during all of your meals.

A study shows that people who took 30% of their calories from protein sources ate an average of 440 calories less than people whose protein intake was 15%.

Protein Keeps You from Losing Muscle

When the body senses that you’ve reduced your calories, it thinks there’s a food shortage and turns to its internal reserves for fuel to burn. It’s called starvation response and actually makes sense from an evolutionary perspective.

When ancient man stopped eating or started rationing his food supplies (perhaps because there’s a storm raging outside the cave and there’s no way he’s going to go hunt for moose or elk in that weather), the body says, “No problem! We’ll burn your existing energy stores till you can go out to hunt again.”

Well, wouldn’t it be nice if your body just burned only the fat stores? Yes, but that’s not the case, sadly. Your body also turns to muscle for energy.

This is why starving yourself to lose weight is never a good idea. For every single pound of weight you lose on the scale, about a third of that is made up of muscle. You may lose all of the unwanted fat you didn’t like, but you ultimately end up looking like a sorry bag of skin and bones. Plus, you’re going to earn back all of the lost weight (and more) anyway, once you give in and start munching on all the cream puffs in the world because you’re too hungry.

At the same time, your body’s ability to burn fuel drops significantly, making you hold on to more fat because your body thinks there’s not enough food going around. So while you’ll eventually lose weight if you starve yourself, you’ll get there in the most painfully slow and miserable way possible – and you won’t even like it when you get there.

Eating more protein makes you burn more calories, whether you’re on the first day of upping your protein intake or eating a high-protein diet on a long-term basis.

Simply having a lot of muscle makes your body burn calories faster, even when you’re not doing anything at all. Your resting metabolic rate shoots up for the sole purposes of maintaining those muscles.

But a single meal with lots of protein also has a similar effect. Your body will need more energy simply to process those proteins. It’s called the thermic effect of food, and protein has a higher TEF than other food groups. Depending on your sources, you’ll use up about 20% to 30% of your caloric intake to digest protein, as opposed to 5% to 10% to digest carbs and 0% to 3% for fat.

Let’s look an example. Let’s say you just ate a cup of low-fat Greek yogurt, which has 100 calories and 18 grams of protein. Your body will need around 20 to 30 of those calories just to digest that yogurt alone.

Compare that with eating three rice cakes, which is also around 100 calories and 21 grams of carbs. You’ll only use up around 5 to 10 of those calories to process the rice cakes. The rest get stored for future use – if you decide to use it at all.

And even when you eat too much protein (i.e. you’ve gone trigger happy on grilled steaks and barbecued chicken breasts), you’ll burn even more. In a study on overeating, researchers found that the extra protein from a protein overload goes straight to the muscles to help you build even more muscle that will burn even more calories.

This is in stark contrast to overloading on carbs and fat, which causes you to keep the extra calories stored as fat in all the most unwanted places in the body.

Protein Chases Your Cravings Away

When you’re craving for something, you’re not really hungry. It’s your brain’s way of telling you it needs to fill a dopamine rush by giving yourself a “reward.” This worked well in prehistoric times, but it’s actually working against us today.

You see, the brain feeds on glucose to keep itself alive. So if ancient, nomadic man found a grove of fruit trees brimming with apples, pears, figs, and dates, he’d stock up on these sugary fruits to feed on them because he’s probably not going to find the same thing in the next several months.

The brain likes this behavior and encourages it by letting ancient man know it’s good for him through a release of dopamine to make him feel good about eating fruits. And since he’s not going to eat a sugar-laden treat every day, there’s no problem about him becoming addicted to sweets.

That’s more of a modern problem. Your brain still opens the dopamine floodgates to make you feel good when you’re digging into a calorie-laden sugar bomb. The problem is it doesn’t know there’s no shortage of Twinkie’s and Ben & Jerry’s to give you blood sugar spikes every day!

And here’s where it gets really troublesome. When you’re having dopamine rushes from the same thing every day, your brain is going to stop seeing it as a reward and will want something bigger. This means you’re no longer satisfied with the same piece of chocolate pie you ate yesterday. You’ll want a caramel milkshake and perhaps two or three fudge brownies to go with it as well.

What you might not know is that there’s a better reward for yourself. Research on overweight subjects show that eating a high-protein breakfast (think lots of eggs, bacon, and milk) helped prevent cravings and kept them from snacking on sweets the rest of the day.

This works because protein induces the release of homavanilic acid, the main dopamine metabolite, which causes the brain to recognize that it has received its reward.

Of course, this can go the same way too. There’s a chance you can get addicted to protein (We’re looking at you, bodybuilders who carry their blender bottles around everywhere), but if you get most – if not all – of your protein from whole foods such as meat, fish, eggs, dairy, and legumes, you don’t have to worry about getting addicted to it.

So, How Much Protein Should You Take?

To be honest, the answer varies, but it definitely is not 0.36 grams per pound of body weight as the USDA says.

Needless to say, it’s a very loose rule of thumb and you can play around with the numbers until you’ve found the right protein levels that’s right for your unique situation. Also, experiment with your carbohydrates and fat intake until you’ve found what’s optimal for you.

If you live a sedentary lifestyle, it’s best to start on the low end. Slowly increase intake according to your activity levels and see how your body is responding from there. If you’re lifting heavy weights, it goes without saying you should increase your protein intake to help your muscles recover faster and build more muscle fiber along the way.

← 201 High-Protein Snacks Anyone Can Make How to Deal with Negative People →
Nicole Arce uses cookies to improve your experience. We'll assume you're ok with this, but you can opt out if you wish. Cookie PolicyOK
Privacy & Cookies